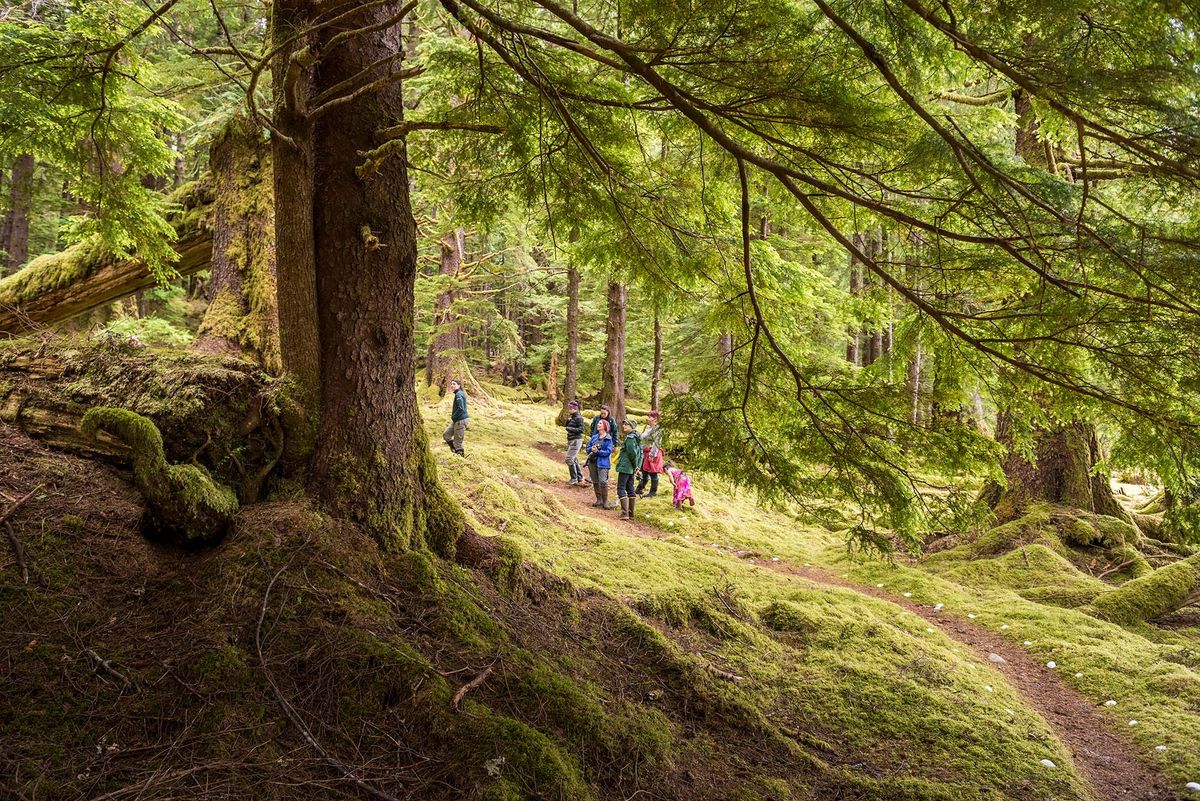 The world’s healthiest forests are on Indigenous land. Here’s why.

This story was originally published by Grist. You can subscribe to its weekly newsletter here.

The world’s healthiest, most biodiverse, and most resilient forests are located on protected Indigenous lands. That’s according to a new study that suggests that protecting Indigenous and human rights is not only compatible with climate conservation goals, but key to future efforts.

There is also strong evidence contradicting popular international theories that the best way to protect land is by keeping people away from it. In Brazil, researchers found that granting Indigenous property rights significantly reduces deforestation while another study examined 12,000 years of population data and land use and found that around 75 percent of terrestrial nature was shaped by human involvement. “Current biodiversity losses are caused not by human conversion or degradation of untouched ecosystems, but rather by the appropriation, colonization, and intensification of use in lands inhabited and used by prior societies,” researchers wrote in Proceedings of the National Academy of Sciences.

Forests, which are home to more than 80 percent of terrestrial plants and animals, store carbon, and provide economic and social benefits, are a key defense against climate change. Indigenous lands cover about a quarter of the world’s surface and overlap with roughly a third of the world’s forests. Because of the crucial role that forests play globally, protecting them is a key part of international climate goals. But despite clear evidence that Indigenous peoples must play a central role in these efforts, they are often left out of conservation plans that restrict access to lands, allow extractive industry to move in, or face eviction or violence from state or eco-security guards to create wildlife reserves.

“Pursuing global targets without due attention to power imbalances among local governance actors often results in social inequity and failed environmental objectives,” the Current Biology paper reads. Researchers assessed forest integrity, which is a metric that evaluates the overall health of a forest, including its ability to store carbon, sustain biodiversity, preserve ecosystems, and provide social benefits.

The study in Current Biology found over two-thirds of high integrity forests have some human population and only 17.2 percent of the lands studied were wildlands: areas without any humans. Most of those high-integrity forests in Asia and Africa were landscapes shaped at least in part by humans. Despite these results and other research highlighting the efficacy of Indigenous land management, global conservation efforts still prioritize fortress conservation tactics, a conservation practice which holds that humans must be absent in order for biodiversity to thrive.

These tactics, which include violent evictions, murder, and other human rights abuses, have taken place on Indigenous lands around the world by conservation organizations and governments. For example, in the Democratic Republic of the Congo, which is home to high-integrity forest mentioned in the study, Indigenous Batwa have faced years of brutal violence removing them from their forest lands. “Safeguards are needed to ensure that communities who have not contributed to damaging ecosystems, or who may be actively contributing to protecting ecosystem integrity, are not harmed in the process of securing conservation outcomes,” the study reads.

One surprising finding is that in Asia and the Americas, Indigenous lands that were not protected had the lowest integrity of all territory studied. For example, in Indonesia, a Human Rights Watch report found that palm oil companies failed to properly consult with Indigenous peoples, destroyed the forest, and burned down villages. Indonesia legally recognizes Indigenous rights, but in practice those protections are not applied to individual Indigenous groups and communities. According to the Human Rights Watch report, Indigenous people still live within the palm oil plantation, meaning that even though most of their land has been stolen and deforested, the broader area could be considered non-protected Indigenous land.

“In a lot of Asia, Indigenous lands and Indigenous rights are not recognized. So, while an area may be categorized as traditionally Indigenous, Indigenous people may not have control over the land,” said Jocelyne Sze, the report’s lead author. “Also, because lots of minerals, oil, and gas deposits are often found within Indigenous lands, it’s not surprising that those lands are often really exploited.”

A 2021 report revealed that Indigenous activism stopped or delayed greenhouse gas pollution equal to a quarter of total U.S. and Canadian emissions.

In Africa, lack of legal recognition of their status and rights also prevents Indigenous peoples from accessing their land, practicing their traditions, and enjoying their human rights. In the United Republic of Tanzania, Indigenous Maasai have been violently evicted from the Ngorongoro Conservation Area. But the Tanzanian government does not recognize Indigenous peoples, which limits the Maasai’s legal options for recourse.

The report highlights the ways that Indigenous peoples can enhance forest integrity, including by resisting extractive industries and agribusiness, as well as planting trees that help create complex forest structures. A 2021 report revealed that Indigenous activism stopped or delayed greenhouse gas pollution equal to a quarter of total U.S. and Canadian emissions. To amplify those efforts, Indigenous communities need more direct funding, legal support, and freedom to manage their land.

The authors suggest protected areas that allow for Indigenous land management, funding programs like a conservation basic income to incentivize conservation over extractive industry, and for states to work with Indigenous communities to establish protections for lands and territories.

Shannon Te Huia knew that restoring New Zealand’s Pūniu River would mean restoring the relationship between nature and people, too. Here, he shares some key steps along his journey.
Ireland is known as the Emerald Isle, but among all that green is a surprising reality: Native trees are being pushed out, creating ecological dead zones.
Australia’s native species are being driven to extinction – and habitat loss is a major factor. Here’s how one group is working with volunteers to help restore the land.
Conservationist Limbi Blessing Tata had an “overambitious goal” — to rewild five water catchments in her region in Cameroon. With two Miyawaki forests already planted and a third in fundraising mode, you could say she’s halfway there.
Lamech Opiyo believes co-operation is what will save us from the worst of climate change. Good thing he has the power to move people to action with his words.
This reforestation project is helping New Zealanders plant native trees across Aotearoa to support biodiversity and the fight against climate change. Here’s how they’re doing it.
The one-two punch of landscape change and climate change are making matters worse for wolverines. Here's how we can make a difference.
The UK's peatlands hold billions of tonnes of carbon – far more than its woodlands. Which is why the 12,000-year-old Border Mires of northern England are finally getting the restoration attention they're due.
We can live and even raise livestock successfully in a landscape with jaguars – if we do it right. In 25 years of jaguar-related work, this is what I've learned.
The author of new book Wild Souls shares her thoughts on what we owe our non-human neighbours on this planet, what rewilding really means and why everyone needs to become a bit of an activist.