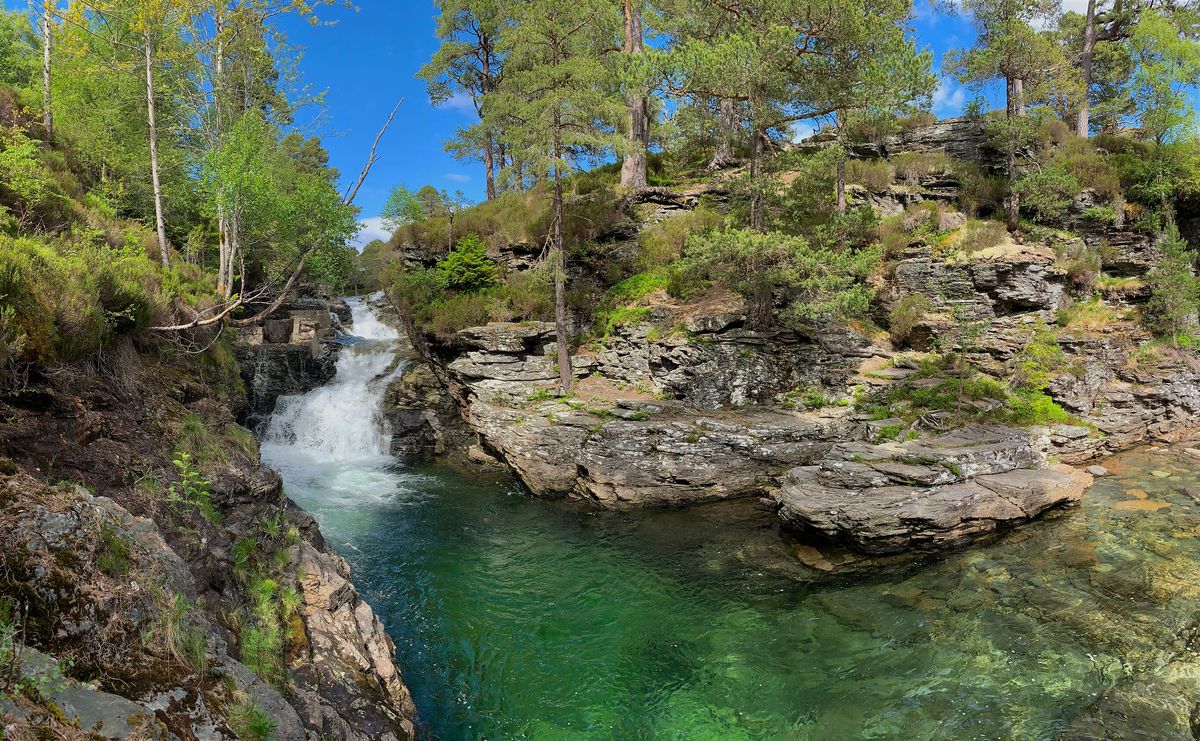 How to design a forest fit to heal the planet

This article by Heather Plumpton of the University of Reading was originally published by The Conversation and has been reproduced here with permission.

Reforestation has enormous potential as a cheap and natural way of sucking heat-absorbing carbon dioxide out of the atmosphere and restoring the degraded natural world, while supporting local livelihoods at the same time. But there is more than one way to plant a tree – and some of the most widely used techniques aren’t up to scratch. Here’s how to do it the right way.

The most popular approach to reforesting – adopted for example by 59 countries signed up to the Bonn Challenge, a global effort to reforest 350 million hectares by 2030 – is called Forest Landscape Restoration. This approach includes a range of different techniques, including regeneration of natural forests, plantations of exotic or native species for harvest, and agroforestry, where trees are grown around farmland.

However, these activities have very different consequences for the amount of carbon they store in the long term. Like fine wines, the carbon-storing potential of forests grows as they age. But almost half of pledged reforestation under the Bonn Challenge is for commercial plantations, which are regularly harvested – and which cycle nearly all of the carbon they have stored back into the atmosphere every 10-20 years.

This means that on balance, these plantations store little if any carbon. Worse, activities such as logging can disturb soils, releasing additional carbon which potentially tips the scales from carbon sink to carbon source.

To meet the world’s climate targets, we need a greater focus on restoring natural forests. If protected from fire and other disturbances, the trees that return will keep storing more carbon until they match the stores of a mature, old-growth forest in around 70 years – and remain a long-term carbon sink. Natural regeneration is particularly effective in humid tropical areas, where trees grow faster than in northern latitudes.

There is a broader issue with all reforestation approaches, however. Forest landscapes must be resilient to future stresses brought by climate change, such as increasing temperatures, droughts, floods and other weather extremes – or else their benefits will be lost. This is especially important in the densely forested tropics, where climate impacts are predicted to be harshest.

There are a number of ways that we can ensure new forests are resilient to these impacts. First, having a diversity of species with a wide variety of traits in the forest landscape reduces the risk that a single event will wipe out large parts of the ecosystem. This is because tree species have different resistances and vulnerabilities.

Having a diversity of species with a wide variety of traits in the forest landscape reduces the risk that a single event will wipe out large parts of the ecosystem.

For example, pests and diseases are likely to migrate as the climate changes. In a single-species plantation, that could wipe out the whole forest. But with many different species in the area, parts of the forest will be resilient.

We should also plant and introduce species that are adapted to the future climatic conditions projected for the area. For example, if climate models project a drier climate with increased droughts, then including native species with tolerance to drought would increase the chances of that forest staying resilient, and therefore maintaining its carbon store for longer.

Finally, it is important to accept that some trees, as well as animals and plants within the forest ecosystem, may not be able to cope with future climatic conditions in the areas they currently inhabit. They need to be able to migrate to areas with more favourable conditions, and for this to be possible, areas of forest within the landscape must remain connected. The best way of doing this is by planting forest corridors that connect fragmented forests across a vast area.

Forests aren’t just carbon stores. How we reforest is also crucial to the health of the smaller flora and fauna that support a healthy planet.

The most appropriate way to support wildlife depends on the land’s history and natural tendencies – and sometimes this means not reforesting at all. For example, replacing native grassland and shrubland with forest plantations may actually reduce the diversity of wildlife in an area, as grassland species would be lost.

On deforested and former agricultural lands, regeneration of native forests will increase biodiversity. However, plantations of a single species of tree for harvest are unlikely to support thriving wildlife as well as natural forest would. This is particularly the case when the planted species is not native, as local wildlife will not be adapted to this new environment and the non-native tree may outcompete or threaten native trees.

Without care, reforestation can badly damage ecosystems. For example, Australian Acacia species have been introduced into the Fynbos shrubland region of South Africa, a highly diverse UNESCO World Heritage site. The introduction of these nitrogen-fixing trees has altered the nutrient cycling of the ecosystem, making conditions less favourable for native fynbos plant species which are adapted to nutrient-poor conditions.

One of the key principles of the Forest Landscape Restoration approach is that projects should enhance human as well as environmental wellbeing. Human livelihoods are interlinked with forest landscapes and should not be excluded from their restoration but supported, so that the intertwined problems of climate change, biodiversity loss and poverty can all be tackled together.

Working with local communities to plan, plant, protect, and take ownership of forest landscapes ensures that they will be maintained and protected long into the future. To this end, allowing a diversity of approaches – including some agricultural activities that meet the needs of local people – is key to delivering sustainable social and environmental change.

When restored well, forest landscapes can even help vulnerable communities adapt to climate change, especially in tropical regions. For example, forests add moisture to the atmosphere and limit local temperature rise by absorbing some of the Sun’s radiation.

Maintaining forest in the landscape may also reduce the risk of natural disasters such as floods and landslides, and provide alternative sources of income when agricultural production is low, through forest products such as fruits, resins, game and animal fodder.

Reforesting our landscapes has great potential to improve the health of the planet and its inhabitants. If we plant trees with resilience to climate change, supporting wildlife, and promoting local human wellbeing in mind, reforestation can play a big part in tackling the climate and ecological crises, and supporting vulnerable communities across the world.

Main image: A tributary of the river Dee. This stretch near Marr Lodge is within a long term rewilding project run by the National Trust for Scotland. Photo: John Mason.

Shannon Te Huia knew that restoring New Zealand’s Pūniu River would mean restoring the relationship between nature and people, too. Here, he shares some key steps along his journey.
Rewilding the spaces around us doesn’t need to be complicated. We can start small, make mistakes and learn a lot along the way.
Team members are used to protecting the land – but that has taken on new meaning. The supplies they need now include telescopes and night-vision visors to watch for troops.
Ireland is known as the Emerald Isle, but among all that green is a surprising reality: Native trees are being pushed out, creating ecological dead zones.
Australia’s native species are being driven to extinction – and habitat loss is a major factor. Here’s how one group is working with volunteers to help restore the land.
Conservationist Limbi Blessing Tata had an “overambitious goal” — to rewild five water catchments in her region in Cameroon. With two Miyawaki forests already planted and a third in fundraising mode, you could say she’s halfway there.
Lamech Opiyo believes co-operation is what will save us from the worst of climate change. Good thing he has the power to move people to action with his words.
Some of them were new this year, some of them are oldies-but-goodies. All 15 are worthy additions to your rewilding-adjacent bookshelf or your gift-giving list.
Kelp forests are critical ecosystems and effective carbon sinks, too – but they're under threat around the world. This team of free divers and scientists is trying to make a difference, one purple urchin at a time.
For six decades, beavers were unwelcome in Vancouver. Now, they’re taking up residence across the urban core. But can we make this relationship work?