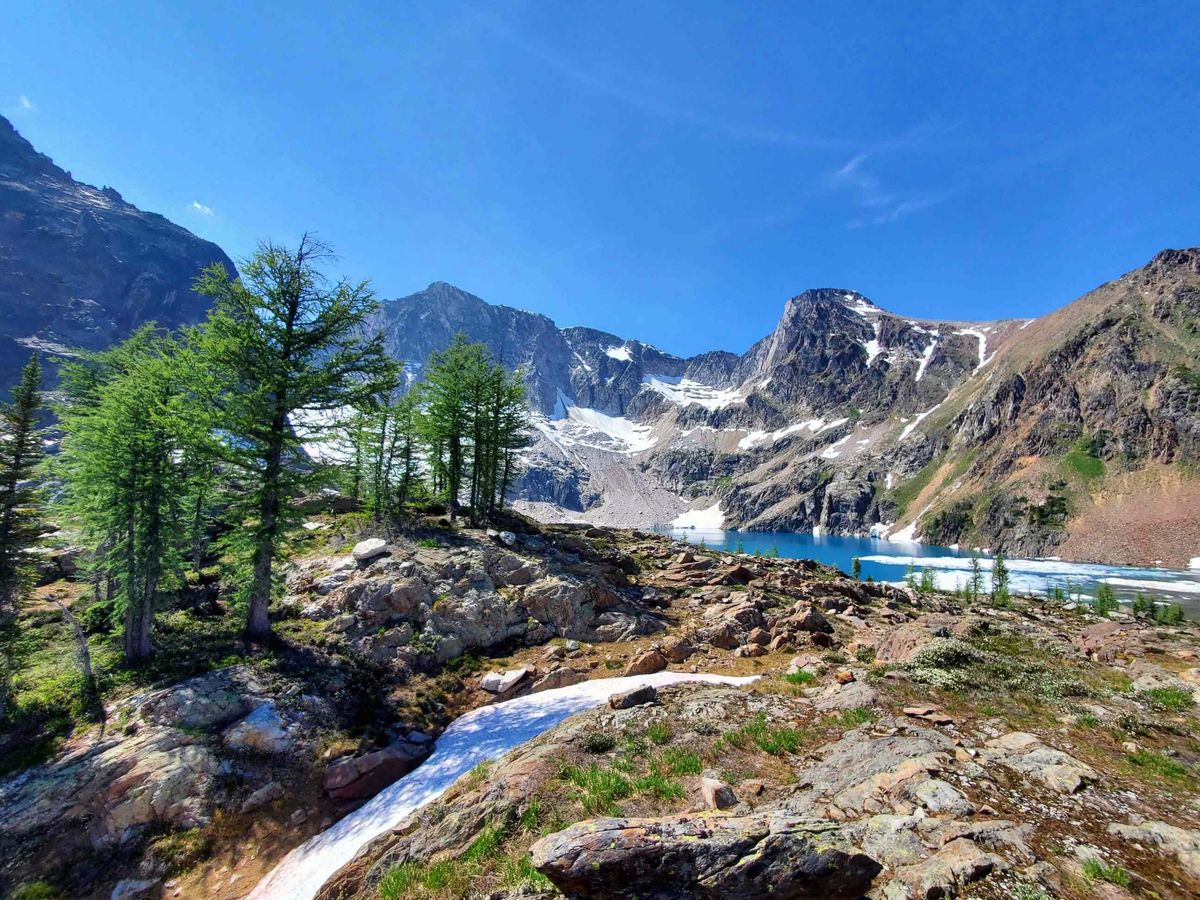 Wolverine populations are declining. To protect them, we need better habitat

Present day wolverines, which emerged during the ice age, have been declining globally despite their many adaptions to live in challenging, rugged environments.

These large land-dwelling weasels evolved to scramble up trees and climb steep, snowy mountains. Wolverines’ snowshoe-like paws, heavy frost-resistant fur and powerful muscles let them thrive in some of the coldest places on Earth. Their sharp claws and strong jaws allow them to feast on carcasses and hunt species of all sizes from ground squirrels to elk.

Wolverines are extremely vulnerable, rarely seen and hard to study.

While wolverines have been filmed hunting caribou in Norway and observed battling black bears over food in Yellowstone, they are extremely vulnerable, rarely seen and hard to study. Wolverine numbers are declining globally due to heavy trapping and predator killing by humans as well as habitat loss, climate change and various other factors. Scientists estimate there are more than 10,000 wolverines in Canada, but population densities vary a lot and numbers are difficult to estimate.

Our 20 years of synthesized research about wolverines shows that the best ways to protect remaining wolverine populations are to reduce trapping, minimize predator control pressures and connect the large blocks of intact habitat they need to survive.

Wolverines are a private, generally solitary, species. They are slow to reproduce and have an average of two cubs, or kits, every two to three years.

They are naturally low in number and defend territories as large as 500-1,000 square kilometres, or sometimes more. These traits make them vulnerable to human impacts around the world.

Since Europeans colonized North America, fur trapping and landscape development have shrunk the wolverine range drastically. South of the wide Arctic range, wolverines can be found only in the western boreal forest and mountains. But they used to live from coast to coast and as far south as New Mexico.

Today, in the United States, only around 300 remain in the lower 48 states – mainly in the snowy strongholds and high elevations of mountain ranges. Wolverines are restricted to northern countries in Eurasia and are killed as predators of reindeer herds in Fennoscandia.

The one-two punch of landscape change and climate change are making matters worse for wolverines.

As tough as they are, wolverines are sometimes eaten by other big predators. As scavengers, taking food from a hungry bear or pack of wolves is a risky lifestyle. Their habitat is degraded by resource development, including forestry, oil and gas and roads. People still trap wolverines in Canada, often far too heavily. They can also be sensitive to recreation.

All this human activity makes life better for wolverines’ competitors – coyotes. Where coyotes exploit developed landscapes, they come into conflict with wolverines, and in these fights, wolverines lose.

Piled on those problems is the impact of climate change on wolverine habitat. The cold, snowy refuges that wolverines have sought south of the Arctic are now thawing. Wolverines need snow to cache food, to raise their vulnerable kits safely and to keep lowland competitors away. The one-two punch of landscape change and climate change are making matters worse for wolverines.

Wolverines need large, connected blocks of intact habitat to survive. The only way to protect them in the long run is to help protect and connect their fragmented blocks of habitat.

Creating more protected areas and managing human activity within and next to them will help. Protecting “climate refugia” – the last bastions of cold wolverine habitat – is an important priority. Landscape planning to connect mountain refuges across busy degraded valley bottoms is sorely needed, especially in southern Canada and the United States

Work to maintain or improve ecological connectivity is happening in some places, such as from Yellowstone to Yukon and other areas in the world.

Roads and industrial development cut up major sections of prime habitat. We can fight habitat fragmentation by making better decisions about road-building, including when to decommission roads built for resource extraction, and mitigating the effects of traffic on wolverines and other wildlife. Habitat protection, connectivity and restoration are critical for wolverines.

We also need transboundary co-ordination. We need to think across larger landscapes, especially regions that still support wolverines on both sides of a border – like between Canada and the United States or between Norway and Sweden.

No longer ignorant nor blissful

Otherwise, large-scale wolverine conservation has been on the back burner. In the U.S., a petition to list wolverines on the federal Endangered Species Act was thwarted. Canada lacks a federal management plan and British Columbia’s most recent wolverine plan is from 1989, while Alberta lists the species in the “data deficient” category.

For years it seemed like not much was known about wolverines, and policymakers have rested on wolverines’ mystery to excuse inaction.

The truth is, science knows a lot about wolverines. Research from around the world clearly shows what we need to do.

Wolverines may have evolved in the cold but the heat is on us to act now. We must use the research compiled over the past two decades to make the changes needed to conserve wolverines.

Rewilding the spaces around us doesn’t need to be complicated. We can start small, make mistakes and learn a lot along the way.
Team members are used to protecting the land – but that has taken on new meaning. The supplies they need now include telescopes and night-vision visors to watch for troops.
Ireland is known as the Emerald Isle, but among all that green is a surprising reality: Native trees are being pushed out, creating ecological dead zones.
Australia’s native species are being driven to extinction – and habitat loss is a major factor. Here’s how one group is working with volunteers to help restore the land.
Stephane Laroye built a meadow for the bees. Turns out, he and his neighbours might be enjoying it even more.
Some of them were new this year, some of them are oldies-but-goodies. All 15 are worthy additions to your rewilding-adjacent bookshelf or your gift-giving list.
Kelp forests are critical ecosystems and effective carbon sinks, too – but they're under threat around the world. This team of free divers and scientists is trying to make a difference, one purple urchin at a time.
For six decades, beavers were unwelcome in Vancouver. Now, they’re taking up residence across the urban core. But can we make this relationship work?
Some people have a signature dish. Victoria Hillsdon, founder of what just might be Britain’s first dedicated rewilding nursery, has a signature plant.
How do you launch a rewilding project on a small Canadian farm? It takes community support, inspiration from Attenborough — and local gym rats ready for true functional fitness.