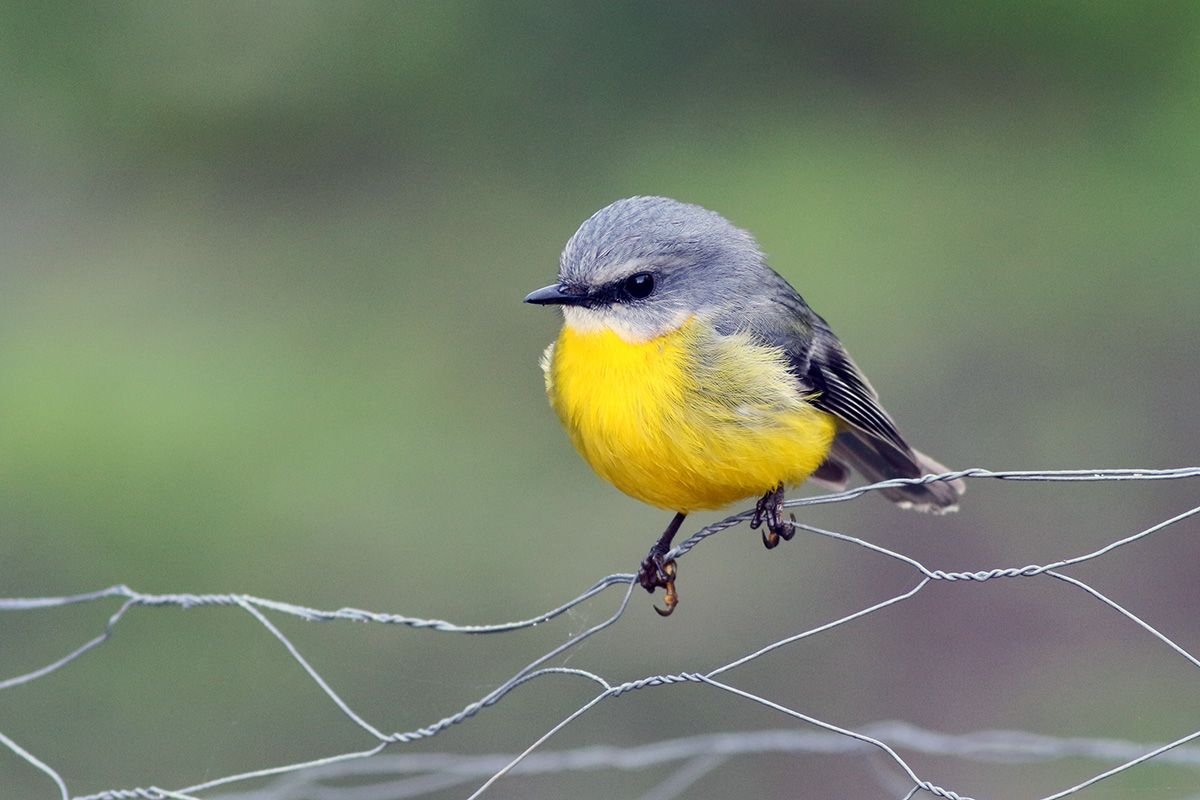 How private landowners are rewilding Australia, one property at a time

One day this past May, Chris Wiley was walking his land on his weekly bird count when the sound of rustling leaves made him pause. There in the thick leaf litter, spinning on one leg and scratching with the other, were two quails hunting for breakfast.

Chris grinned. Success! After four years of hard work, he’d managed to create viable habitat for the vulnerable black-breasted buttonquail, a species endemic to eastern Australia with fewer than 5,000 individuals left in the wild.

Chris, an ecologist, collects local seed to propagate 500 native trees each year. He uses them to revegetate his property, which borders a nature reserve of rare lowland dry rainforest in subtropical Ipswich, Australia. It’s his passion project, but he’s not alone in his efforts. He’s one of more than 20,000 Australian private landowners creating and connecting precious plant and wildlife habitat through a program called Land for Wildlife.

This free, voluntary program is more important than ever. At least 29 of the country’s unique mammal species have been driven to extinction in the past 200 years. More than 1,700 others are threatened or endangered. Native bird populations have declined by 50 percent since 1990, and in 2018, 341 of Australia’s unique plant species were at risk or high risk of extinction. Land clearing for agriculture and human habitation is the major cause of this loss of biodiversity.

“It’s been 200 years, since European colonization, of really poor land management decisions that have resulted in a lot of species becoming threatened – a lot of erosion, salinity, habitat fragmentation and loss of habitat,” says Deborah Metters, regional coordinator of Land for Wildlife South East Queensland (SEQ). “And a lot of what we’re doing now is the process of restoring that.”

Land for Wildlife works with individuals to restore and conserve ecosystems on their own properties, creating habitat corridors and deepening members’ understanding of Australia’s unique ecology. This makes the program a key part of the country’s growing private land conservation sector. While large NGOs buy and protect major blocks of wilderness, Land for Wildlife engages private landholders to restore land not protected by reserves or national parks.

The SEQ branch is certainly doing that. The group now has 5,000 member properties, totalling more than 63,000 hectares of restored habitat ranging from subtropical rainforest to wetlands. That’s in addition to the thousands of hectares managed by members in other parts of Australia.

The more than 200 new members who sign up each year are paired with a Land for Wildlife field officer, who guides them throughout their restoration journey. After helping with the site plan, officers make ongoing visits, often when requested by a landholder. This might be for advice on restoring an eroded creek. It might be to install fauna monitoring cameras or nesting boxes. It might be identifying a specific food plant for an endangered butterfly. Then the hard work is down to the member.

The state of Chris’s property is a vivid example of the difference one person can make. The 23-hectare block was once dense with semi-evergreen vine scrub – key buttonquail habitat – until it was cleared for timber and crops in the 1800s, then abandoned. The land was covered in invasive weeds when Chris bought it in 2016. “I remove weeds, replace them with plants I’ve grown myself, and connect revegetated areas with each other,” he says. “Right now they’re isolated little clumps of trees, and I’m trying to plant the gaps and connect them all.”

But while many Land for Wildlife members are striving to completely restore their properties, there’s also value in small changes. Farmers, for example, play an important role in the private land conservation picture: any efforts to restore farmland are essential in a country that clears hundreds of thousands of square kilometres of habitat for agriculture each year.

Chris can testify to the benefits of even a couple of acres of habitat for native species. The speckled warbler, once a fleeting visitor, has moved in permanently. Along with the yellow-breasted robin, it’s one of the 165 bird species Chris has tallied on his property. He’s still aiming for 100 percent native vegetation. “The property is 23 hectares,” he says. “So it’ll take me my whole lifetime to get through all that! I feel like that’s a worthy life goal.”

In the meantime, he shares his tips through Land for Wildlife newsletter articles and hosting workshops on his property. During one July workshop, for instance, he talked “for five hours straight!” answering other members’ questions, from tackling weeds to how to collect and propagate native seeds. “It’s important to share our knowledge,” he says. “Land for Wildlife is a great network of interested and knowledgeable people.”

For Deborah, this knowledge-sharing is an essential part of restoring Australia’s wilderness. “It’s important to recognise that ecological restoration in Australia is a very young industry, and we’re still learning a lot.”

One important aspect of this that she’s aiming for is to work with Indigenous Australians on rewilding efforts. The need for this kind of cooperation became increasingly apparent, she says, after the 2020 bushfires, which razed all six states and territories.

“It’s becoming more and more obvious that the approaches we've had to minimize bushfires haven't worked,” she says. “We really need to be respecting and listening to and implementing the recommendations that First Nations people have about fire management. And that’s starting to happen.”

Deborah says it best in an issue of Land for Wildlife SEQ’s monthly newspaper:

“The work is often unglamorous, repetitive and arduous,” she writes. “But it is happening one property at a time, one valley at a time. One weed removed at a time. Land for Wildlife members, in their small bit of the planet, are bringing threatened species back from the brink.”

Shannon Te Huia knew that restoring New Zealand’s Pūniu River would mean restoring the relationship between nature and people, too. Here, he shares some key steps along his journey.
Ireland is known as the Emerald Isle, but among all that green is a surprising reality: Native trees are being pushed out, creating ecological dead zones.
Conservationist Limbi Blessing Tata had an “overambitious goal” — to rewild five water catchments in her region in Cameroon. With two Miyawaki forests already planted and a third in fundraising mode, you could say she’s halfway there.
Lamech Opiyo believes co-operation is what will save us from the worst of climate change. Good thing he has the power to move people to action with his words.
Deforestation has brought drought and hunger to Zimbabwe’s Marange district. Here’s how one activist is planting food forests to change things for the better.
Some people have a signature dish. Victoria Hillsdon, founder of what just might be Britain’s first dedicated rewilding nursery, has a signature plant.
How do you launch a rewilding project on a small Canadian farm? It takes community support, inspiration from Attenborough — and local gym rats ready for true functional fitness.
Kenya’s Miti Alliance is growing a living seed bank to help counteract deforestation, preserve indigenous tree species and boost knowledge of local ecosystems.
This reforestation project is helping New Zealanders plant native trees across Aotearoa to support biodiversity and the fight against climate change. Here’s how they’re doing it.
The one-two punch of landscape change and climate change are making matters worse for wolverines. Here's how we can make a difference.